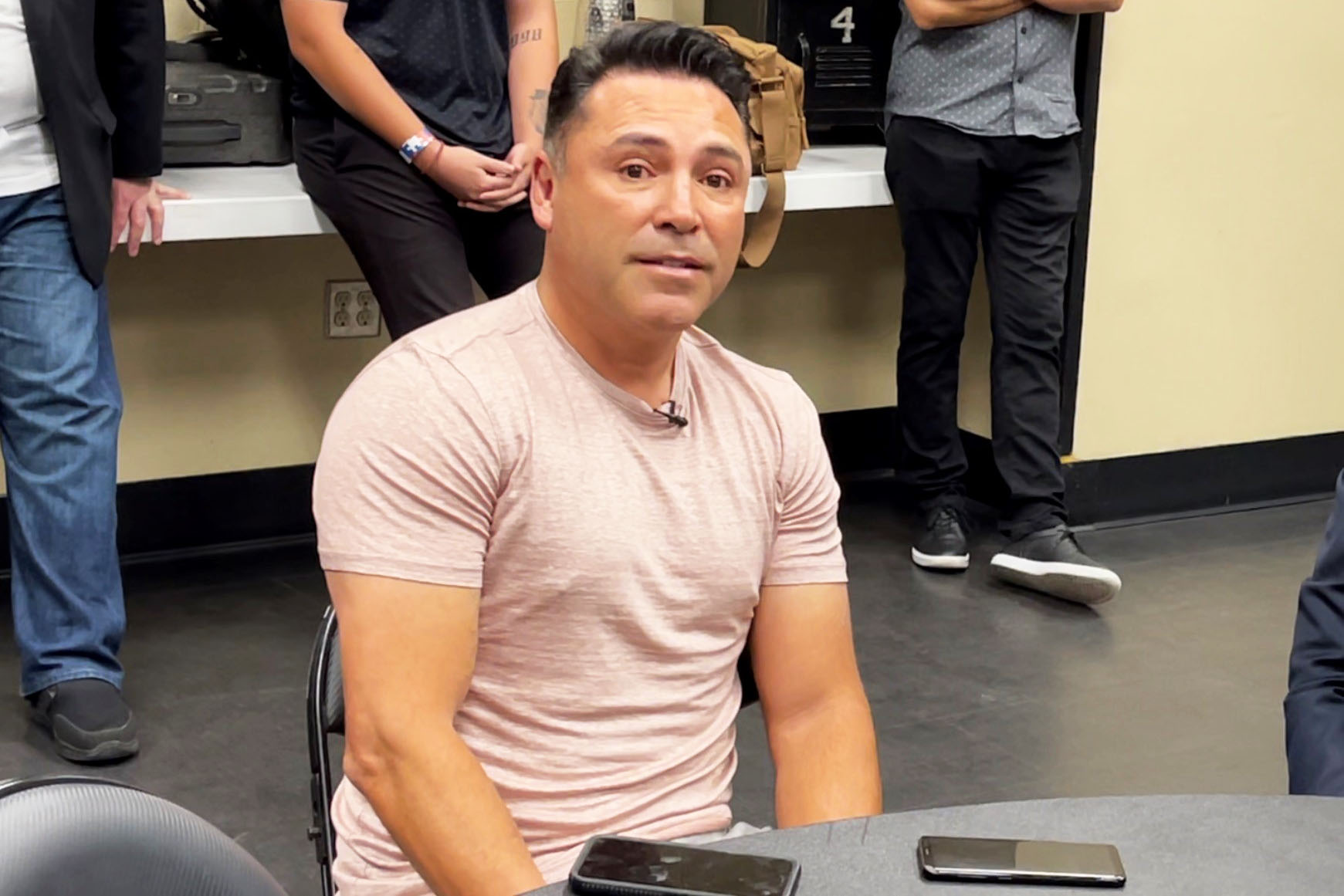 Oscar De La Hoya has revealed that he was raped when he was 13 by a woman in her 30s, while he was competing at a boxing competition in Hawaii.

The Los Angeles-born fighter, now 48 years old, told The Los Angeles Times that he has struggled for decades to accept what happened to him.

He is coming out of retirement to take on Brazilian MMA fighter Vitor Belfort later this month, and said that boxing was a way of dealing with his demons.

‘Thirteen, lost my virginity over being, you know, being raped, basically.

De La Hoya, a father of six nicknamed The Golden Boy for his 1992 Olympic medal, said that his boxing career served as a distraction from his emotional turmoil.

He had begun boxing as a child, and by 11 was a junior champion, and he still continued with the sport despite the trauma of the abuse.

In 2019 he was accused of inviting a woman, a registered nurse, to his Pasadena, California home in November 2017.

It was there, she claimed, that De La Hoya became intoxicated after revealing several bottles of liquor and a bag of ‘what appeared to be cocaine’ in his kitchen.

He said the allegations were false, and no charges were ever filed.

De La Hoya said he announced his retirement not because he wanted to but because he thought that’s what he was supposed to do.

‘You try to convince yourself that life is going to get better after you retire.

‘Jesus, you’ve been waiting for this moment all your life. And once you’re retired, once you’re not doing what you love, there’s a big hole.’

‘Have a great relationship with them. Moms are amazing. Everything’s beautiful.

‘I couldn’t be drinking and doing drugs and this and that,’ he said. ‘I’m going to throw my life away, you know?’

He said: ‘It went incredible. It was at my house. It was with a shaman.

‘The fact that that shaman came to my life at that particular [time], at that place, it happened for a reason. I feel it saved me.

‘But it saved me only from my mom and my relationship with her.’

And he said that he had finally overcome his fear to be able to return to the ring.

‘Scared of what’s going to happen, scared of the outcome, scared of just pulling the trigger.