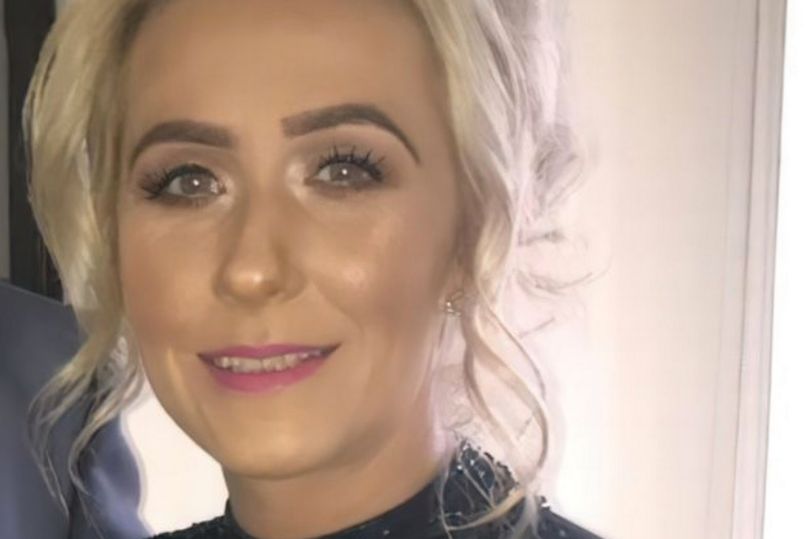 Laura Connolly, 34, was due to marry her teenage sweetheart next year but she was tragically killed the same day she went window shopping for a wedding dress.

A woman killed in a hit and run had just hours earlier been window shopping for a dress ahead of her wedding next year.

Laura Connolly, 34 years old, was knocked down and killed after she was returning from a night out with friends in the early hours of Sunday morning in Donegal, North West Ireland.

According to Laura’s friends she was due to marry her partner and teenage sweetheart Joe McCullagh next year. Joe McCullagh and the couple’s young son Jamie are being consoled by family and friends.

Friends say Laura had been browsing for wedding dresses in nearby Strabane earlier in the day and had decided to go out with friends later that night.

Laura was returning home from a night out in the early hours of this morning and had just said goodbye to a friend as she walked towards Townspark, Lifford, on the N15 road. However, she was hit by a van which didn’t remain at the scene.

Laura was rushed by ambulance to Letterkenny University Hospital but was pronounced dead a short time later. The close-knit border town where Laura grew up has been left stunned by her death.

Laura’s heartbroken uncle Andy Connolly had earlier appealed to whoever knocked her down or anybody who might have information about the incident to come forward. He wrote on Facebook “Anybody with any information in relation to the killing and hit and run of our happy go lucky bubbly niece Laura Connolly at the Lifford roundabout last night contact any of us with any details or even the proper authorities!!! “This is a traumatic experience for everybody in our family a very massive shock of a girl so full of life a son and boyfriend father mother and brother all left with the world turned upside down..if you know who this small van killer is please get in touch.”

A Garda forensic team spent the morning at the scene of the incident. Gardaí at Letterkenny are appealing for witnesses.

Traffic diversions were put in place and the scene was preserved for examination by scenes of crime officers and Garda Forensic Collision Investigators.

Investigating Gardaí are also appealing to those with video footage (including dashcam) from the scene and along this route to make it available to them.

Quantum Stealth: an « invisibility cloak » that can conceal people and buildings