After lightning struck a historic fort in India yesterday, eleven people who were taking selfies on a tower were killed and many more were injured. Lightning bolts hit two watchtowers at the 12th-century Amer Fort in Jaipur, the capital of Rajasthan, on Sunday while the attraction was packed with visitors. Crowds of people had flocked to the fort, which gives a panoramic view across Jaipur, to take pictures after several weeks of intense heat in the state.

Lightning strikes hit several states across India during the thunderstorms and killed around 63 people in total, authorities confirmed on Monday.

Elsewhere on Sunday and according to authorities, lightning strikes killed around 10 people in the desert state of Rajasthan, while at least 42 died in different districts of Uttar Pradesh.

Hundreds of people in India are killed each year in thunderstorms at the start of the monsoon season, which bring respite from the summer heat across the northern Indian plains.

When the lightning struck near Amer Fort, people were said to be taking selfies close to the watchtower, while some jumped to the ground after the strike, according to local media reports.

Senior Jaipur police officer Saurabh Tiwari said: ‘It was already raining when the people were there. They huddled in the towers as the rainfall intensified.’ Tiwari added that up to 30 people were on the towers at the time of the lightning strike.

And Tiwari also stated ‘Some of the injured were left unconscious by the strikes. Others ran out in panic and extreme pain.’ 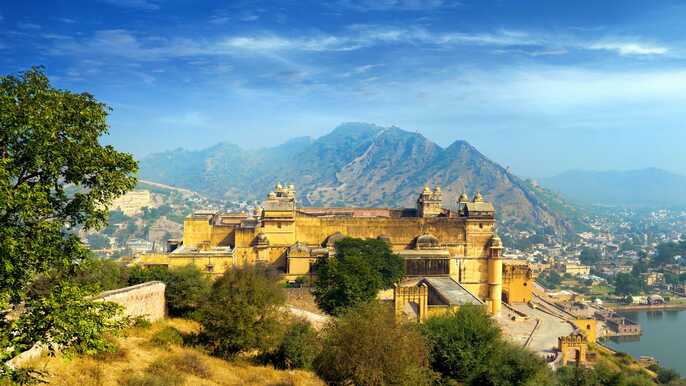 Emergency teams were on the scene on Monday, checking whether any victims had fallen into a deep moat on one side of the watchtowers. 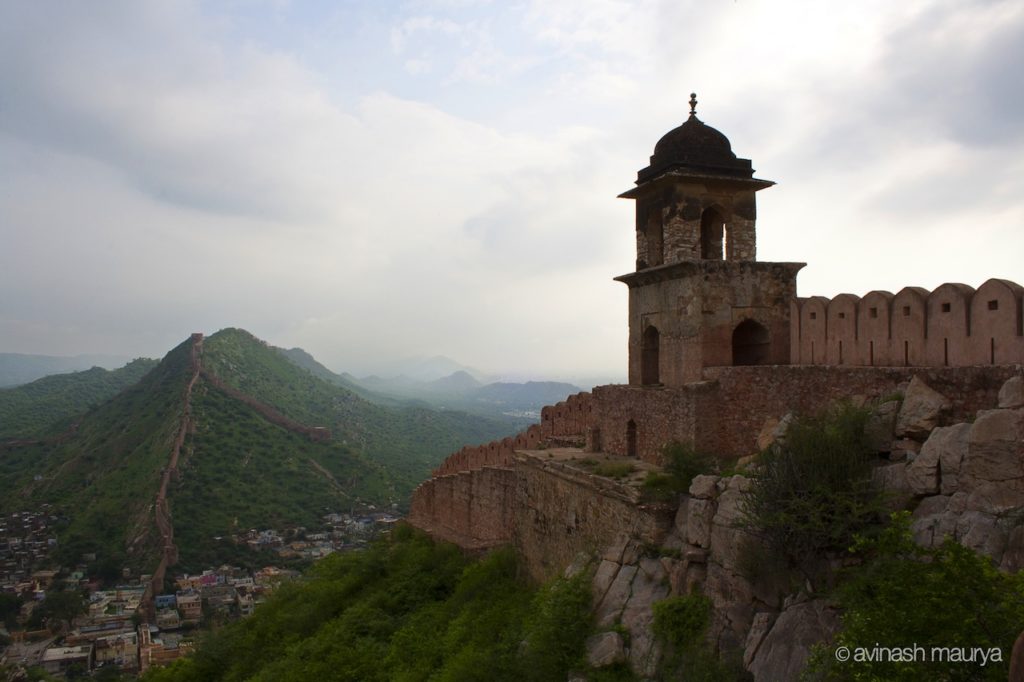 Prime Minister Narendra Modi on Monday said special payments would be made to the families of people who lost their lives, as he offered condolences. The office of the Prime Minister tweeted: ‘The Prime Minister was briefed about the loss of lives and damages due to lightning in parts of Uttar Pradesh.’

There have been warnings of more lightning in the next two days from the India Meteorological Department.

Lightning strikes are common during India’s monsoon season, which starts in June and continues until September.